Tibbs vs. Petosa: From the Player’s Perspective 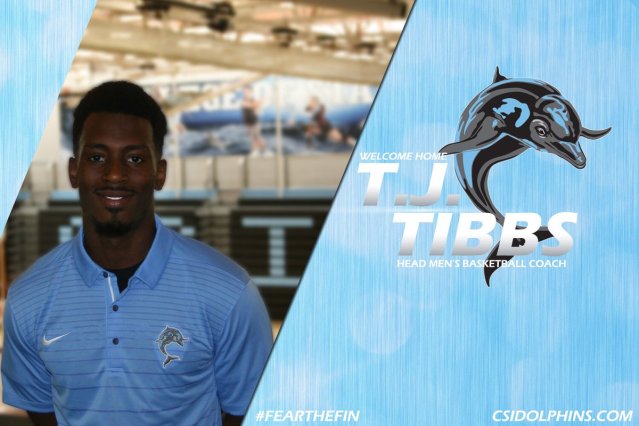 Recently hired Head Coach T.J. Tibbs takes over CSI basketball’s former Coach Tony Petosa, the question of whether Tibbs is better than Petosa is put up for debate.

Winning has been part of Petosa’s legacy for many years, but retired after a long-tenured, 27-year head coaching career. Tibbs is a former student-athlete and graduate from CSI, who has hefty expectations from the CSI community to keep the legacy alive and ongoing for years to come.

Tibbs was inspired by his father to become a basketball coach along with other coaching legends such as Bill Belichick, Gregg Popovich, and even his former coach – Tony Petosa.

His will to coach stems from the relationships he hopes to build with his team and the community around him. He feels it is his duty to associate himself with his colleagues.

All the great coaches that he learned from are inspirational leaders to him, absorbing what they taught him, to drive to be just like them.

“I try to learn more from my role models all the time,” Tibbs said. “They inspire me to become the coach I am today.”

Abdoul Azika, a player for the CSI basketball team, stated that both coaches have two different playstyles – Coach Petosa follows by the playbook, and Tibbs utilizes his assistant coaches to run plays for the team. He was worried when playing under coach Petosa, as he was so cautious to make a mistake. Azika said that playing under coach Tibbs that you are more open to play like yourself.

Two years ago, in the championship game playing under Petosa, Azika was put under a lot of pressure in that game coming off the bench.

He knew he had to prove why he deserved to be out there. He did not want to disappoint his fellow peers, coach and most importantly, himself. He went on to score 20 points and played during the end of the game when it mattered most and helped his team win the game.

“In that game, I did all that I could to show the coach why I’m made for these moments,” Azika said. “I knew it was my time to shine and so I did.”

Azika exclaimed that Petosa was assertive and blunt on how he should play, and that he should be more aggressive. Tibbs explained how to play in simpler ways and clarified his strengths and mistakes to him in greater detail than Petosa ever did.

Adeola Latunji, another player who has only played for Tibbs in his playing career, described him as a guy who has a strong love for the game of basketball, and always wants his players to practice and improve every day.

He said when the team played a tough game earlier this season, Tibbs took him out because he was playing for the crowd even though he felt he was not. Latunji states he is a very challenging guy who expects a lot and wants to see his players excel and always do better.

On the other hand, Coach Tibbs looks up to his predecessor. He bellows that Petosa has been nothing but supportive on his journey to now become the interim Head Coach for CSI basketball. Tibbs admires the things he has taught him and what he has done for CSI’s basketball program.

“I love this place and I love these kids,” Tibbs said. “I’m just trying to add on to what Coach Petosa has done here and do the best job I can for this program.”