A Commentary On The Tech-Addiction Epidemic

Is it Such a Bad Thing? 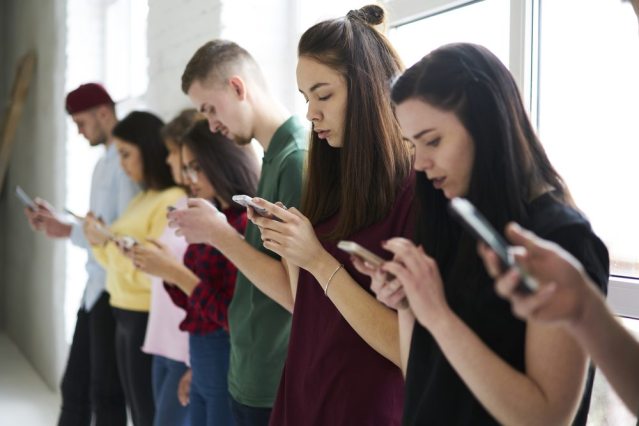 Just a day in the life. (Credit: Edgylabs.com)

It seems as though everyday there is new headline generated to slander the technological advancements of our society and those who take advantage of them.

Not to be another pretentious writer out to generalize an entire generation, but the growing role of technology in our daily lives is proving to have long-term, even subconscious, effects on every aspect of the individual psyche.

New language has been developing around the use of cell phones, tablets, computers and other commonplace electronic devices, which may have you questioning whether you are currently suffering from a technological addiction.

While I don’t agree that it’s fair to put the use of the electronics so readily available to us on par with the likes of drug use or alcohol abuse, the frequent stimulation we experience because of our beloved devices does come with a cost.

Cell phones especially have become so seamlessly integrated into our daily routines that they become difficult to detach from.

It’s possible that this detachment is accompanied by an overwhelming feeling of anxiety or fear that you might be missing something.

At the root of this anxiety is the idea that people our age are so far removed from feelings of boredom and discomfort because of our deeply-rooted relationship with our electronics.

In our defense, we are bombarded with an unimaginable amount of content on a regular basis.

Between advertisements, social media posts, or superficial conversations with your friends, it is difficult to differentiate meaningful messages from the rest of the noise.

We hardly even realize that we are, in fact, being bombarded because this transfer of information is the only life we know.

The pursuit for constant stimulation can inadvertently be overwhelming. Not only can our inherent attachment to technology reap physical effects on our bodies in the future, but it can cause serious, immediate mental and emotional damage.

Too many of us look at the Internet as a model, or a “how-to” guide. While the Internet is teaming with beneficial resources that can help us advance our personal and professional interests, it is important to remember that you are not competing with the popular figures who flood your social media feeds.

When the consistent stimulation we are accustomed to stops, it opens the door for negativity and feelings of unproductivity or boredom. Our generation’s relationship with boredom is an interesting complex that has the potential to drive people to action.

The social media scene can act as an educator just as much as it acts as an entertainer.

We grew up with our cell phones and have taken advantage of the Digital Age for nearly as long as we can remember.

Instead of labeling the pursuit of constant stimulation a negative aspect of our generation, I believe it’s time to rewrite the connotation around our use of electronics.

The Internet may have provided you with a platform for self-expression, enabled you to connect with long lost friends, or pushed you towards discovering new subject matter and skills.

We are the generation that doesn’t know how to be bored, because we know how to make the most with the amount of information at our fingertips.

Let the restlessness you experience when you catch your phone battery on a low percentage, or when you find yourself in a dead zone be a reminder of the Age of Opportunity that we live in.

As the generation who rejects discomfort, it is up to us to take advantage of the tools at our disposal to create a world more comfortable for the next generations.