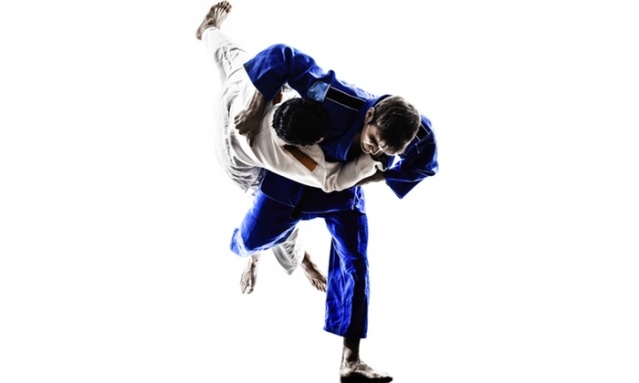 Karate is a skill that teaches you self defense. (Photo Credit: groupon.com)

Karate is something that most people know from Hollywood entertainment such as “Karate Kid” and “Cobra Kai”.

What many are not aware of is that in real life, there isn’t some old, wise karate master that will save the day and teach for free.

Instead, in order to learn karate or any other martial arts, one can go to a dojo where a wise man teaches disciples, specifically a Torah Dojo.

While one might wonder where they can find the closest dojo in New York, there is one on Staten Island residing in the Young Israel synagogue. For reference, the Staten Island branch is one of many in New York.

Torah Dojo originally came to the United States from Israel and still thrives there even now.

Now there are some people that have a vague idea about what karate is, never mind what exactly people know what the Dojo does superficially.

Basically what the Dojo teaches is martial arts for self-defense, teaching to any age group how to defend themselves.

When Jack Newman from the Staten Island branch described the purpose of the dojo he explained that “Specifically, in Torah Dojo we teach self defense- but we like to instill a sense of self discipline and self worth in our students and self control”.

That right there has answered the stated beliefs and a little more of the Torah Dojo.

Moreover, there are ranks in Torah Dojo. Basically, seniority is by the rank on a person’s belt, although respect is due for elders of course, but belt color ranks above even age differences usually.

Essentially, the highest color in the Dojo system is a black and red belt. This colored belt signifies that the wearer is a sensei.

Sensei’s have the authority to start new dojos, as well as serve as the head of that dojo, such as dealing with finances and managing the class.

The main thing about karate is that it’s not all about practicing fancy moves. In order to learn those moves, one must practice kata. Kata is a combination of movements that together help you learn. But for any beginner that enters the dojo there’s something that they have to learn first.

While people can practice the katas alone, everyone has to master or at least get used to the basic movements.

These are punch, kick, and blocking-just to name a few of the starting prerequisites for a kata. When a white belt has mastered these movements and want to go up a level they have to passed a test.

The test itself is performing whatever a person has learned up to that point. One must keep in mind that the higher the level, the harder it gets.

Of course, karate isn’t all about katas while trying to ascend the belt ladder. There are spars occasionally in the dojo in both classes, while there is more sparing in the adult class.

There are various types of training taught in the class by either using sparing or hitting a bag.

That’s been mostly what there is to the Dojo that’s stationed in Staten Island, all though other dojos do things differently.

There is a lot to the Dojo that benefits the community and the students that learn how to defend themselves. In short, karate kicks ass.

The dojo operates at night and holds the options for two classes at different times.

Now this is only one branch of the tree that is Torah Dojo in New York, so there are opportunities for learning karate out there.