How CSI’s Students With Disabilities Should Be Supported 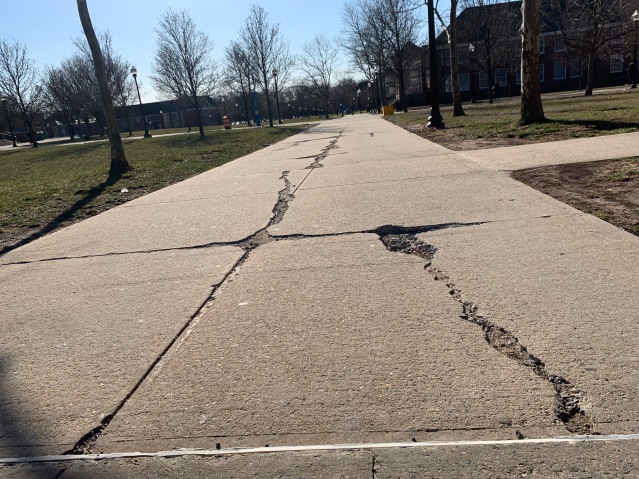 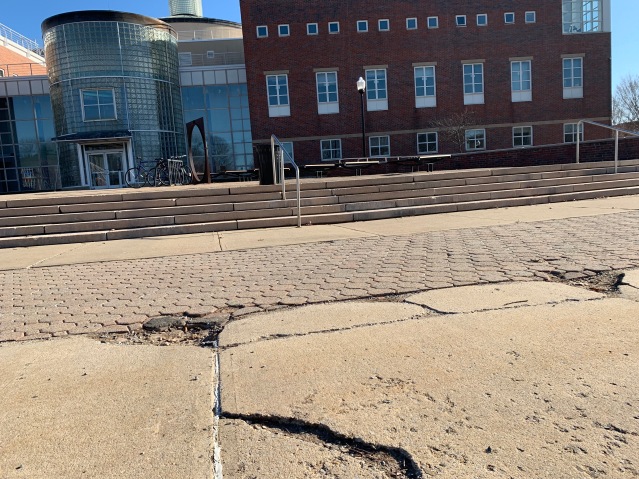 The cracked and rugged sidewalks are not safe for mobility.

The lack of specific services for students with disabilities at CSI has not only affected student Jacky Zhao, but also many other students in need of swift mobility across campus and academic support.

There are several concerns that have been expressed regarding students with disabilities, yet they are still in the works for now.

The main cause of these issues surrounding students with disabilities is that the CSA (Center for Student Accessibility) Office is lacking funding and assistance in some respects.

When CSI student Jacky Zhao was asked what specifically has affected his experiences at CSI, he expressed the difficulties that have arisen.

Stemming from the funding issue, there are not enough note takers to handle the current amount of students in need.

Obviously, note takers do take notes, but they are for students that can’t physically write. This is vital for those students who need some way, to facilitate some way of jotting down notes.

Now as for why there are a lack of note takers and some other functions needed to provide students with optimal education, is due to the CSA itself.

The lack of these services hinders the daily routine of students, ultimately causing a ruckus that shouldn’t happen in the first place. But, this fault comes from an issue that plagues any and every department in any institution.

That problem is the lack of funding that has been provided to the CSA, resulting in weaker services for those who need it.

That problem can be fixed if the budget can get enough assets in the future, even then it will take either a short or long span of time. So there’s the main backer of the problems that are happening, now let’s go into some further problems that need addressing.

Another important issue for students that depend on motorized wheelchairs or other means of moving across campus, is that the sidewalks are too rocky and uneven.

Looking down on the bumpy cobblestones and the cracked sidewalks reveals the deplorable conditions. This type of terrain lengthens the commute to get to class on time.

So- how soon can it be fixed?

Given the amount of time that it will take to acquire the funding itself, plus the time needed to fix the roads equals at a guess, it may be years.

Even this guess entails wading through the swamps of bureaucracy, along with repairing the roads themselves. Now that issue won’t be resolved any time soon, but there are some small fry problems that could be addressed.

The push panels in front of every entrance are installed for the use of people with disabilities, but they currently have minor issues.

That problem is that some of the push panels are set too high- hopefully this issue can be dealt in the near future.

As for all of these problems that are voiced without any action taken to fix them, there unfortunately seems to be no temporary solutions to bridge them.

Now there may be more problems that occur in the future-problems that may unexpectedly crop up out of nowhere.

If need be, more supporters or assistance would be greatly appreciated.

Note that these are serious problems that may not seem significant to those unbothered by them.

Think of awakening or at least start noticing the various problems that are troubling those who need help, by lending a hand to hasten certain decisions.

If possible, lend any support to the CSA so that these current issues can be settled sooner rather than later.