Eating Your Boogers is Good for You, Scientists Say

Digging for Gold and Health Benefits 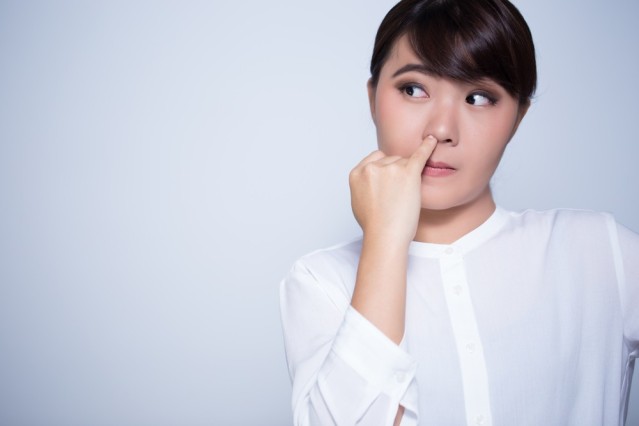 According to recent research, scientists say eating your boogers is good for you, as it prevents and improves weak immune systems after ongoing experiments.

It’s probably best that you turn away now if you’re currently eating or don’t like the thought of the human nose, or anything in it.

But yes, it is actually good for you.

At the University of Cambridge, research was conducted on student, Cornelia Balthazar, who was known to eat her boogers every time she was seen in class.

A fellow classmate of Balthazar who was interning with the research center at the university decided to tell her fellow co-workers, leading to the idea of seeing what boogers can really do for you.

“I was asked to step out into the hallway during my Public Speaking class,” Balthazar started, “and I saw a bunch of people in white jackets. I automatically thought, ‘Am I in trouble? I don’t even study anything related to science!’”

The ‘people in white jackets’ were scientists, professors, and students who worked with the research center at the university, asking Balthazar if she would mind being experimented on because of her ‘obsession with eating boogers,’ one scientist said.

They held the freshman student in school to do testing on her during her classes. After the classes ended for her, she would simply go home because she had a note for all her classes, letting the professors know she is being used for an experiment. The experiment lasted an entire week.

“No class, assignments, tests for a whole week,” Balthazar exclaimed. “It was awesome!”

During the week, they realized that Balthazar seemed to be functioning even better than before, now that she was asked to eat her boogers even more than she normally did—three times a week.

“The main aspect we realized at the end of the one-week trial was that her immune system improved,” said the overseeing scientist who asked for their identity to be covered because they were embarrassed at the thought of eating boogers.

“Balthazar came in with a slightly sore throat,” a professor noticed. “After the experiment, though, her voice was as clear as day!”

“I lost an entire bet because of this groundbreaking discovery,” an intern working with the research center said.

As the research came to an end, it was proven that boogers definitely help the body.

So, how can it help you?

“One, eat your boogers at least twice a day, morning and night, like medication,” Balthazar explained. She was asked to explain what the scientists had discovered because they were not comfortable explaining it themselves.

Balthazar says eating boogers twice a day reminds the body to fight against infections that could be in the body. Boogers directly work hand-in-hand with the red blood cells, white blood cells, and platelets, reducing sickness from affecting the body.

Think of it as your fourth blood cell.

“Two, drink water along with your boogers,” Balthazar said.

Drinking water has been said to be an aid to everything, and even your boogers are mostly made up of water! Doing such a routine allows the remnants from the battle between infections, the blood cells and boogers to be washed away and taken out of the body through urination.

They say, “You are what you eat.” Now that boogers are scientifically proven healthy, you’ll be able to eat healthy with boogers! However, not all foods are like boogers. Thus, you will still want to stay on a simple diet by eating fruits and vegetables that can also prevent the infections.

Balthazar said that boogers not only prevent a weak immune system, but it can also aid in easier digestion, reduce bloating, cramps, and—get this, guys and girls—it raises testosterone and estrogen levels!

Balthazar was asked what if someone is not comfortable eating it at first.

“If they like sickness and not being healthy,” she replied, “then they don’t have to eat them if they don’t want to. But I was bullied for eating my boogers before. Now, because of me, I’ve saved lives with my assistance to this research!”