The Once-Canceled Sequel is Finally Happening 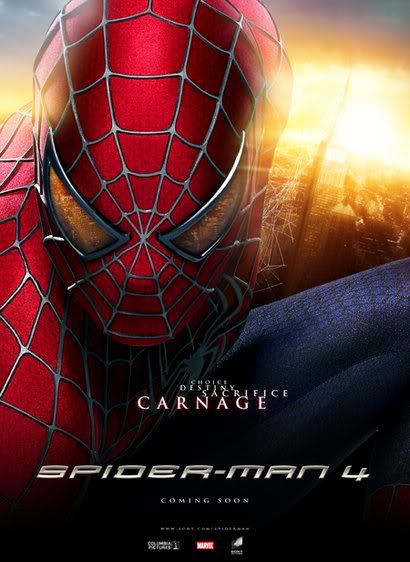 Tobey Maguire is back as Spider-Man. (Credit: unrealitymag.com)

After originally being canceled back in 2010 and a couple of reboots, “Spider-Man 4” is finally going to happen. Even though the character is currently in the “Marvel Cinematic Universe” played by Tom Holland, Sony wants to bring the original cast back for one final film.

The plot takes place 10 years after “Spider-Man 3,” where Peter Parker has been Spider-Man for over a decade, is a staff photographer for the Daily Bugle and is happily married to Mary Jane Watson.

New York City has been peaceful and Parker is getting ready to retire, start a family with his wife and focus on his normal life until a new evil emerges, bringing up memories of the symbiote that once influenced him.

Reprising his role as Peter Parker/Spider-Man is Tobey Maguire, who despite being in his forties, is ready to play an older web-slinger. Maguire said the script Raimi presented to him is the best out of all the movies and is excited to take on the role once again.

Other actors and actresses reprising their roles are Kirsten Dunst, Rosemary Harris and JK Simmons as Mary Jane, Aunt May, and J. Jonah Jameson. It’s rumored that James Franco and Willem Dafoe could reprise their roles as Harry and Norman Osborn in a brief dream and flashback sequence.

The villain of the movie will be serial killer Cletus Kassidy/Carnage played by Woody Harrelson. Harrelson made a brief appearance in “Venom” as the character.

Eddie Brock/Venom will be recast as Tom Hardy, who played the character in the 2018 film “Venom.”  Brock has been hiding out in California, faking his death in “Spider-Man 3.”

The secondary villain will be the Lizard played by Dylan Baker, who played Doctor Connors in “Spider-Man 2” and “Spider-Man 3.” Baker previously said he wanted to play the Lizard and is glad he will have the opportunity to do so.

Raimi, not satisfied with “Spider-Man 3” and how Venom turned out, wants to redeem the character now that he has a better understanding of him. Raimi liked Hardy’s performance in “Venom” and felt he was more true to the character than Topher Grace was, who played Venom in “Spider-Man 3.”

Bruce Campbell, who has cameoed in the other films in the Raimi “Spider-Man” trilogy, will appear in the film, in an upgraded role.

Composer Danny Elfman will return as well. Elfman did not compose the score for “Spider-Man 3” due to disagreements with Raimi, but the two have made up since then.

“Spider-Man 4” will see some of Spider-Man’s lesser known villains like Mysterio, Scorpion, and Shocker at the beginning of the film. Raimi said he wants to show a montage of Spider-Man throughout the years taking on other villains.

There is also a rumor that a casting call for Miles Morales, who takes on the role of Spider-Man in the comics and gained popularity in last year’s “Spider-Man: Into the Spider-Verse” is happening. When asked about it, Raimi smiled and said “you’ll find out soon enough.”

Raimi said he wants to conclude the series and give fans the send-off they deserve. Raimi has said, “this is a film for the fans who have expressed their disappointment in not getting the 4th movie and still want it.”

Raimi said “Spider-Man: Into the Spider-Verse” inspired him to revisit the franchise and give a take on an older Spider-Man. He also expressed regret for how “Spider-Man 3” turned out years ago despite being a massive box office success and wants to make the best Spider-Man movie.