Is an Open-Curriculum Worth it?

The Benefits of an Open-Curriculum 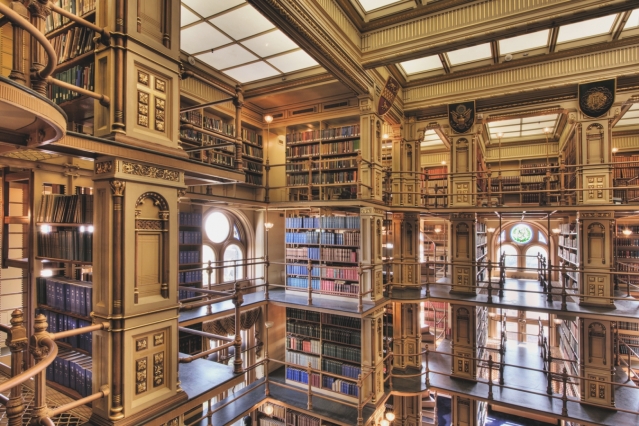 A photograph of Riggs Library at Georgetown University. Open-Curriculum can allow for independent research of any kind no matter what major. Photo Credit: Bookish Temptations

College is meant to be a time of discovery, learning, enjoyment, and development. It is also perhaps one of the most critical years of our lives because our choices of study essentially dictate our future career paths—although not always.

The majors and minors students choose in college often coincide with their career path. For instance, future doctors may major in Biology or Chemistry, while future accountants major in Accounting or Business. Some careers do not necessarily have a major that is recommended, a field being law.

Law schools accept students that have unique fields of study because the law has a broad scope. Law schools also believe that law is meant to be taught in Law school. Thus, majoring in legal studies would not be as impressive as majoring in something unique or pertains to law, like Political Science.

Nonetheless, most fields of studies require courses or require the student to major or at least minor in something relevant. As a result, the student is constricted with their major requirements.

The issue here is that students are at times constrained from pursuing courses that interest them, stunting their growth as individuals. Is there a solution to such a predicament?

The short answer is yes. Some selective schools here in the United States have adopted a unique system that allows students to choose what they want to study without constraining them with arbitrary requirements called an Open-Curriculum.

Take Brown University as an example. Brown is an Ivy League Institution that has been around since 1764 and is one of the most selective colleges in America. Brown offers an Open-Curriculum that is looked upon favorably by its students and Alumni.

“Brown’s Open Curriculum is based on three principles. The first is that students ought to take an active role in their education by assuming responsibility for the direction of their learning. Secondly, an undergraduate education is seen as a process of individual and intellectual development, rather than simply a way to transmit a set body of information. Finally, the curriculum should encourage individuality, experimentation, and the integration and synthesis of different disciplines” (Brown University).”

An Open-Curriculum allows students to take classes in fields that interest them that are not related to their major. Instead of having majors, Brown has concentrations. These concentrations give students the freedom of taking any class that revolves around the field of study they are interested in.

For example, a student studying Biology can skip a BIO 170 course and go straight to BIO 180 if they think they are ready or are more interested in it. The college would essentially give the student total freedom on their education.

Students would no longer feel bogged down on classes that are not relevant to their majors like an English major taking Biology or a Math major taking a Shakespeare Literature class. Instead, students would be open to pursuing what they believe is beneficial to them, regardless of what the college recommends.

An open-curriculum can also allow students the opportunity to research in different fields no matter the major/concentration. The ability to enrich oneself in learning would be intensified.

The CUNY College of Staten Island, like most other colleges in the United States, has a Core-Curriculum.

“Schools that have a core curriculum require students to take certain classes regardless of their major or school with a college or university. A core curriculum differs from distribution requirements, which mean students must take a certain number of courses in a department or designation, such as four math or science courses” (College Vine).