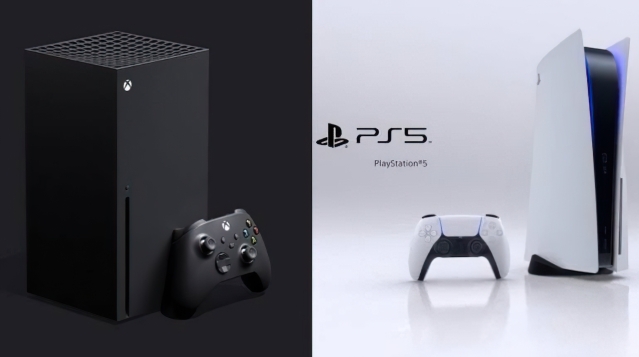 The XBOX and PlayStation have been sold out online which left many gamers disappointed. Credit: wccftech.com

The highly anticipated XBOX Series X and the PlayStation 5 have finally been released in the U.S and across the world. Many gaming fans have been waiting for the release date and have made many preorders to make sure they get their hands on one of the new consoles.

The process of purchasing one now is close to almost impossible, now that many websites like Target, Walmart, and GameStop have all crashed and stated that the consoles are sold out. Since it’s the holiday season, deals for these next-generation consoles are coming out and Black Friday seems like another opportunity for people to get their hands on one.

Microsoft offers the new XBOX Series X and the Xbox Series S. The Series X costs $499, while the Series S costs $299. The price for the Series S is very “cheap” for a new next-generation console which works similar to the Series X.

The Series S is smaller compared to the Series X and it is an all-digital console, which means it doesn’t include an optical drive. You won’t be able to play with games that contain physical discs, while the Series X has the optical drive.

The Series X is labeled to be the “fastest, most powerful Xbox ever” which includes faster loading times and better graphics that support 4K. The storage for the Xbox is 1TB/512GB SSD.

The Series X also has backward compatibility, meaning you could play old Xbox generation games in the new Series X. It has more than a thousand games to choose from and those old games also have faster loading times and better resolution. The Xbox Series X and the Xbox Series S are great consoles to get this holiday season.

The differences between both PlayStations are similar to the differences with the Xbox consoles. The digital edition doesn’t have the optical drive while the standard does.

Both consoles work the same way and they both have a very high speed which includes faster load times. The PlayStation also works with 4K TV’s and the storage for the PlayStation is 825GB SSD.

One great innovation that the PlayStation is offering is the brand-new controller: the DualSense. The DualSense has features like the Haptic feedback, adaptive triggers, and a built-in microphone so you could experience the game to a whole new level.

Reviewers who have tried the DualSense are praising the new features because of how it responds to certain situations in games that support the features. The “Astros Playroom” game shows off the new features in some instances; when the players walk by sand, you can somehow “feel” the sand too. It is an experience you need to try first to believe but that’s how impressive the DualSense has been so far.

Exclusive games for the PlayStation 5 are ”Horizon II: Forbidden West,” “Gran Turismo 7,” and “Spider-Man: Miles Morales.” The PlayStation 5 is also backward compatible for most PS4 games but not as many old games as the Xbox.

Overall, both consoles have great features gaming fans should be excited about. The Xbox Series X and the PlayStation 5 work well in terms of speed and graphics which is great for games in the future. Either one of these consoles would be a great choice to own for the holiday season.