The Emergence of Cardi B and the Conundrum of Drake

Cardi B and Drake Were the Two Most Popular Rap Artists This Year, But What is the Impact of Their Success? 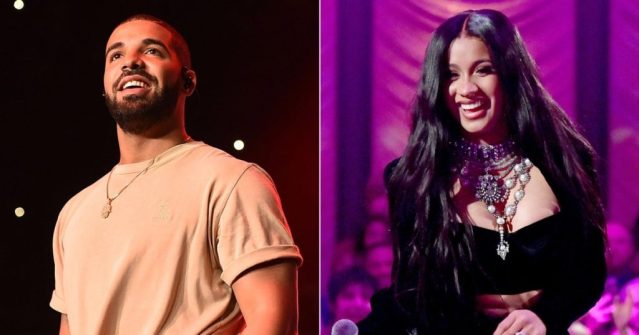 The two mega stars of hip hop today, their success impacting the future of hip hop in many ways. (Credit: Thetropix.com)

In 2018 we saw two major releases in hip hop, the debut album of rapper Cardi B, “Invasion of Privacy” and the anticipated new release of Drake, “Scorpion.”

Both Drake and Cardi B were among the most dominant forces in rap music this year, at least on the mainstream level.

With their success, we now see that hip hop has officially crossed over to the lexicon of mainstream American music. But does this mean mainstream should be the standard?

Cardi B, born Belcalis Almánzar, has seen her star rise to enormous proportions in the past year.

In September of 2017, “Bodak Yellow” became the first solo song by a female hip hop artist to top the Billboard Hot 100 charts since Lauryn Hill achieved this feat in 1998 with “ Doo Wop (That Thing)”.

Cardi made history again when the single “ I Like It” topped the Hot 100 in July 2018, making her the first female rapper with multiple number one hits on the Hot 100.

Despite all her success, there is one aspect of Cardi’s craft that must be addressed.

Cardi has acknowledged that her music is not one of much lyrical content. She has stated that she doesn’t want to be the proverbial “queen of rap”, nor does she want to make records with great lyrical content, rather electing to only make the type of music that people can “turn up” to.

This type of mentality causes an issue, one that runs deeper within the culture of hip hop. The debate of whether crafting songs with lyricism is the direction the culture should take, or if crafting hit songs where the lyrics aren’t meaningful, but are popular and sell is the right path. Which brings us to Drake.

Drake’s place in hip hop has always been in constant debate.

There are those who contend the rapper, born Aubrey Graham, is not a true hip hop artist, who only crafts songs geared towards a mainstream pop audience.

He quite honestly still hasn’t fully shaken the image of his iconic character, Jimmy Brooks, the star athlete who was shot and relegated to a wheelchair from the Canadian teen drama, “Degrassi”.

Due to this, Drake has always had a chip on his shoulder so to speak, to prove to his doubters that he belongs in the conversation as not only one of the best rappers of his generation, but of all time.

The year 2018 was a year that Drake put those expectations on the line, as he found himself embroiled in an old fashioned hip hop beef with rappers Kanye West and Pusha T, while also preparing for the release of “Scorpion”.

Yet at the same time, we’re seeing a shift emerge in the culture; in previous decades, losing a beef in the manner Drake did would end many rappers careers.

The year 2018 has shown us that Drake is not held to the same rules or standards of other rappers.

Many hip hop fanatics are proud to see a genre of music, that began as the expression of inner city urban youth, become the most dominant musical force in the United States.

For 34 straight weeks this year, a hip hop song was the #1 song on the Billboard Hot 100 charts, largely due to the mega success of Drake.

What does the success of Drake and Cardi B mean? It does mean that hip hop, which was once considered a dangerous form of music, can be something that the average American can listen to.

It is here to stay, but let us all remember to preserve the origins of hip hop and don’t let mediocrity be the standard.